Enjoy a behind-the-scenes look at the making of our spring 2017 magazine “Synergy Unleashed” feature package photo shoot, featuring the story “Flight of Fancy.” The creative concept and photography were the brainchild of Steve Exum ’92 and his team.

In “Flight of Fancy,” an art historian, a costume designer, a math biologist, a biomedical engineer and a team of undergraduate researchers unite to reimagine a breathtaking 9th-century flying experiment — and make a notable contribution to early aviation history. 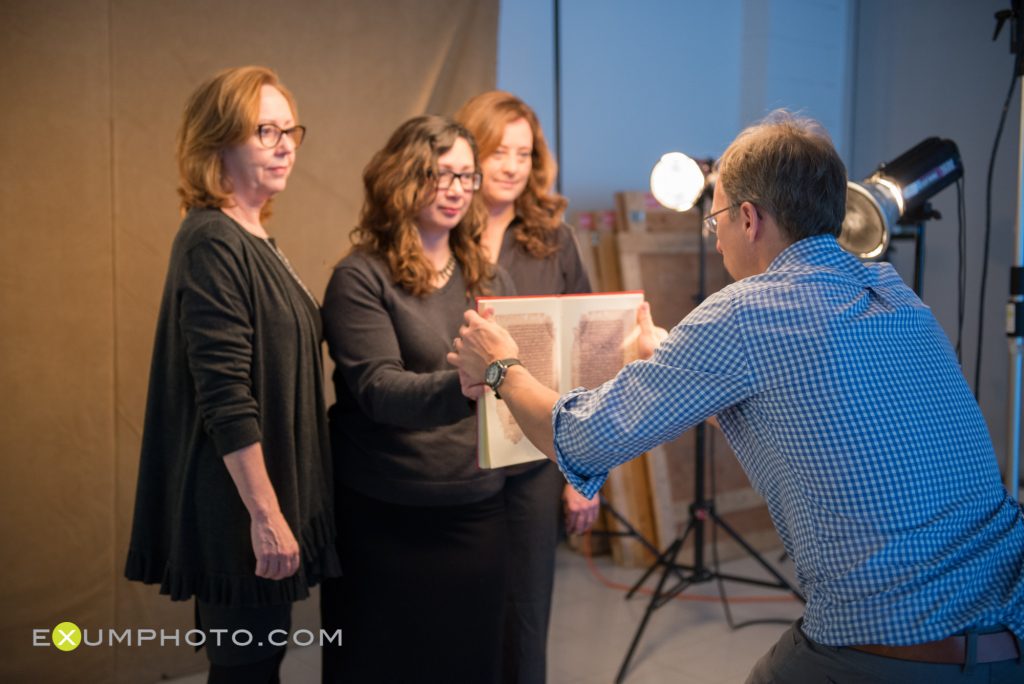 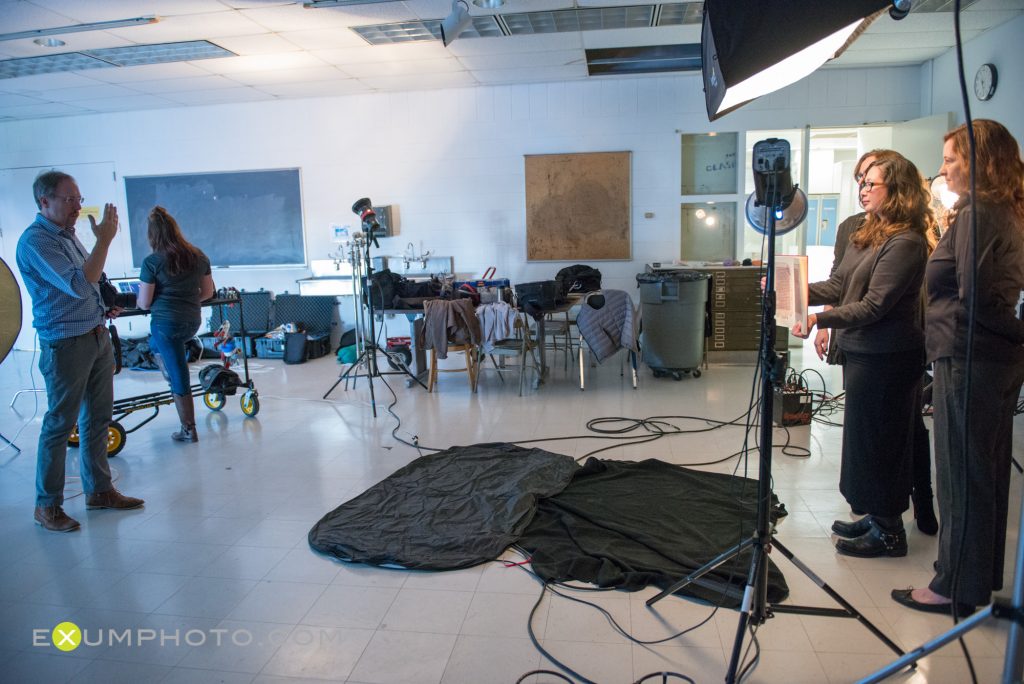 A maze of lighting equipment fills the studio space in the Hanes Art Center on campus. 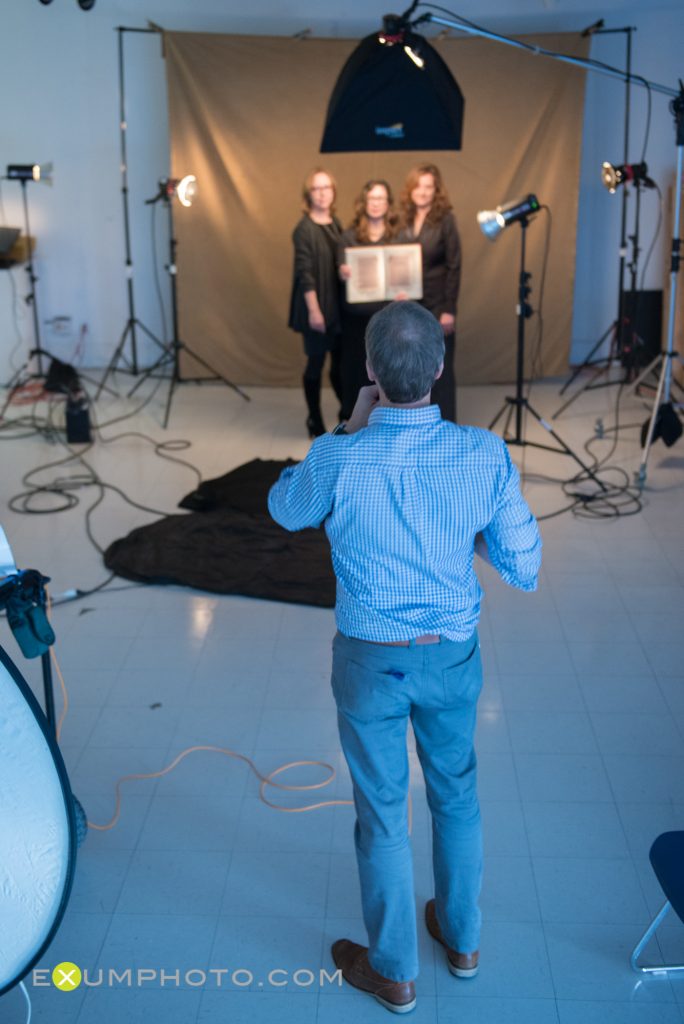 Steve Exum coaches our very patient medieval flight team on how to pose during the shot. 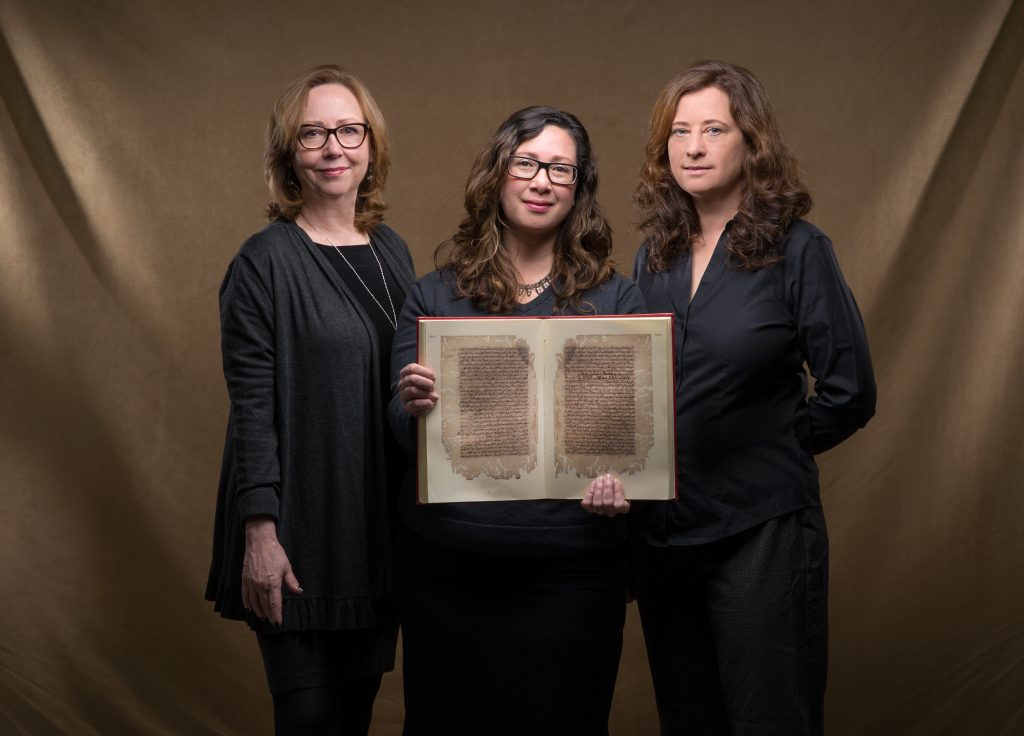 Picture perfect! From left, the final shot: Jan Chambers, Glaire Anderson and Laura Miller hold a facsimile of an 11th-century Arabic manuscript describing the flight of inventor Abbas ibn Firnas. “The manuscript has yet to be incorporated into scholarship on aviation history,” said Anderson.