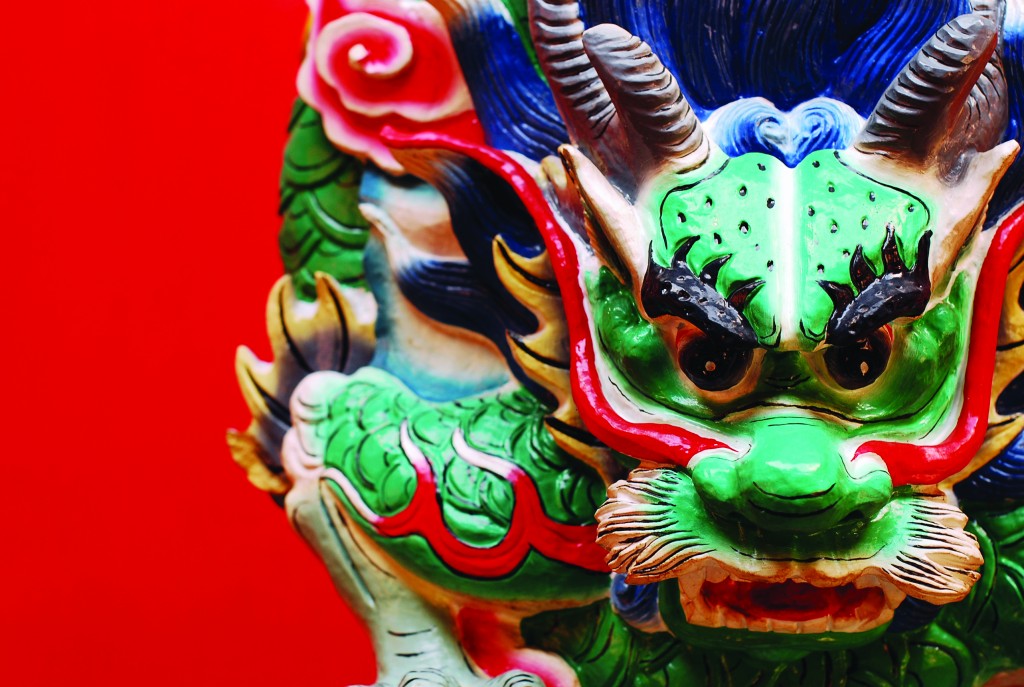 Undergraduates who pursue the joint degree program with UNC and the National University of Singapore receive a degree from both institutions when they graduate.

Carolina took its global education ambitions to a new level in 2007, when the College of Arts and Sciences established an unusual joint degree program with the National University of Singapore (NUS), considered among the best universities in the world. (Read a companion story, about “Heels in Hong Kong.”

Undergraduates from UNC and NUS can study abroad at the partner institution for two to four  semesters and receive a degree from both universities when they graduate. The program is open to students majoring in economics, English literature, geography, history and political science, and will be expanded to biology majors this fall.

A joint UNC-NUS degree is an enviable credential for students who wish to work in the global arena. 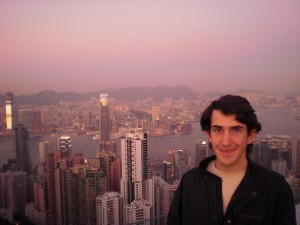 David Crawford in Asia during his year abroad.

David Crawford, the first Carolina student to enroll in the program, graduated from UNC and NUS in 2011 with a joint degree in geography. He applied to the program during his first year at Carolina, and spent his entire sophomore year (2008-09) in Singapore.  He says it was “transformational.”

Crawford’s experience at NUS — supported by a UNC Phillips Ambassadors scholarship  [see sidebar at end of story] —launched him on an intense global adventure. His NUS studies and experiences helped him gain a UNC Summer Undergraduate Research Fellowship (SURF), as well as internships in Singapore, Bangladesh and Hungary, and a graduate degree in international development from Britain’s University of Manchester.  Since beginning his studies in Singapore, he has traveled to 40 countries.

Now he works in Washington, D.C., for Accenture, one of the largest international consulting firms in the world. He uses communications technology to address global supply-chain issues.

“I wouldn’t be where I am today,” he said, if not for the UNC-NUS experience.

Through a class taught by Brenda Yeoh, professor of geography and dean of the NUS Faculty of Arts and Social Sciences, Crawford became interested in the foreign workforce behind Singapore’s robust economy. 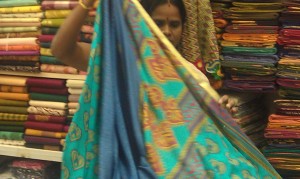 A sari shop in Little India.

He obtained an internship in Singapore’s “Little India” community, where he worked during the school year with TWC2 (Transient Workers Count Too) a nonprofit addressing migrant rights. His SURF fellowship supported a summer internship on migrant issues in Bangladesh. That resulted in a publication with UNC Geography Professor Nina Martin. They presented their findings at a conference at NUS.

“The whole year helped me develop in ways I wouldn’t have otherwise,” said Crawford.

Crawford enjoyed living at NUS in a dormitory suite with other international students from all over the world.

“It was like living in a global village,” he said. He made friends with students from Singapore, New Zealand, Canada and Europe.  He also explored the affordable international cuisine available at “hawker centers,” food stalls for which Singapore is famous.

During his year in Singapore, Crawford was able to travel throughout Southeast Asia. He visited Malaysia, Thailand, Laos, Cambodia, Vietnam, Indonesia, Hong Kong and Macao, all easily accessible from Singapore.

Crawford’s enthusiasm for studying in Asia reflects a recent trend. About 175 UNC students go to Asia annually, with about 20 percent choosing to study in Singapore. 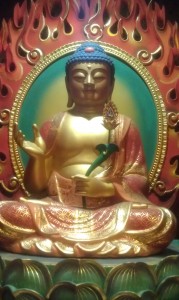 One in three people living in Singapore are Buddhists, and the sacred icons can be found in diverse poses everywhere. This one is from a Chinatown temple. (photo by Dee Reid)

Like Carolina, NUS is a research-intensive university with outstanding learning opportunities for students. The Times Higher Education World University Rankings for 2013-14 placed the National University of Singapore 26th in the world and 2nd in Asia.  It’s also affordable: Carolina students pay UNC tuition and fees to study at NUS, where housing and food on campus are also relatively inexpensive.

“The joint degree program provides a unique opportunity for our students to get a broader and deeper education in their major by studying with outstanding faculty at two world-class universities, instead of just one,” said Bob Miles, UNC associate dean for study abroad and international exchanges.

Carolina’s NUS partners agree. The joint degree program gives students at both schools  “a degree that fewer than 25 people in the entire world have right now,” said Shirley Koh, NUS senior manager in the dean’s office for the Faculty of Arts and Social Sciences.

NUS is the oldest university in Singapore, founded in 1905. The main Kent Ridge campus is modern, with high-rise buildings and recreation areas spread across 370 acres. Students take shuttle buses to reach some parts of campus, like they do at Carolina. They also have easy access to the hyper-efficient MRT, a mass transit system linking subways and buses all over urban Singapore.

Studying at NUS means a chance to live in an exciting, international city-state. Located at the southern tip of the Malaysian Peninsula, Singapore is a gateway to Asia, the fastest growing region of the world.

It also enjoys one of the world’s highest per capita incomes.

Singapore’s 5.3 million people reflect a blend of Asian cultures. Forty percent of the population come from another country. They include executives of multinational corporations from all over and thousands of low-wage migrant laborers streaming in from throughout Asia.

Three in four Singapore residents have roots in China.  About 13 percent are Malaysian and 9 percent Indian. The official languages are English, Mandarin, Malay and Tamil. The population is also religiously diverse. About one third are Buddhists, with plenty of practitioners of Christianity, Hinduism and Taoism, along with Sikhs and Zoroastrians. About 17 percent practice no religion. 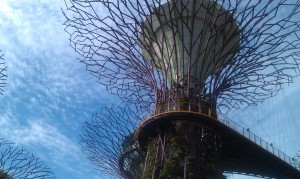 One of the giant, artificial trees that light up futuristic Gardens by the Bay, a Singapore horticultural park. (photo by Dee Reid)

Singapore was part of a British settlement for many years, until 1963, when the region formed the nation of Malaysia. The sovereign city-state island now known as Singapore separated from Malaysia in 1965. Since then it has been a constitutional republic with a parliamentary system, but it’s always been dominated by one political party.

Citizens enjoy free expression in private, but they can be punished for being openly critical of the government. It’s illegal to carry a gun, and drug trafficking can be punishable by execution.

When visitors first arrive in Singapore they notice three things:  It’s remarkably clean, green and safe when compared to major cities of the United States and Europe. Litter is swiftly swept away, trees shade more than half of the urban streetscape, and one can walk at night and travel on public transit worry-free.

Located about 90 miles from the Equator, it is also hot and humid year-round (think Carolina summer). But its vibrant parks and gardens, air-cooled museums and casinos, and riverside promenade and harbor make it easier to cope with high temperatures.

Shopping for deals and labels seems to be the national pastime. Silks and batiks are cheap in the sari shops of Little India. And high-end designer apparel can be found in Prada’s waterfront boutique or along touristy Orchard Road, where thousands of young people throng beneath the moving neon ads pulsing music from high-rise storefronts.

She never looked back 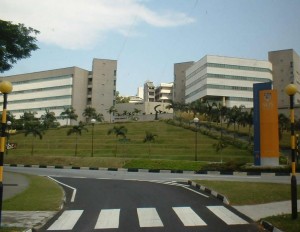 View from the front gate of the National University of Singapore.

Jennifer Yeh graduated with a joint degree in English and comparative literature, with honors, from UNC and NUS in 2013. She liked NUS so much that she decided to spend both her junior and senior years studying there. She remains in Singapore today, where she works for a private tutoring company helping elementary age students improve their English skills.

Yeh was raised in Cary by parents who emigrated from Taiwan. She speaks Mandarin and was interested in studying in Asia. After meeting students from NUS who were studying at UNC, she decided to try the joint degree program in Singapore. She never looked back.

“The classes were great,” she said. She especially enjoyed the literature courses, which were small seminars and tutorials that were part of the NUS honors program.

NUS social life revolves around the residence halls. Yeh stayed in King Edward VII Hall, centrally located on the hilly Kent Ridge campus, where UNC students live and take most of their courses. She got immersed in many extracurricular activities, playing intramural sports (net ball and touch rugby), developing sets for a theatrical production, working on the yearbook, and participating in dance and an awards program.

“I am still close to friends I made there,” she said.

The Phillips Ambassadors Program was established in 2006 with a generous gift from alumnus Earl N. “Phil” Phillips Jr. of Chapel Hill, a business executive and former U.S. Ambassador to the Eastern Caribbean and his family.

This scholarship given annually to about 30 undergraduate students combines a financial award for a study abroad program in Asia with an academic course that puts the experience in greater global context. By the end of 2014, the program will have supported  200 Carolina students, including  two of the three NUS joint degree program participants  featured in this story.

Among the Carolina students participating in the shorter summer programs based at NUS, are 25 students every year who enroll in UNC’s Southeast Asia Summer (SEAS). Funded by a gift in 2005 from the Twelve Labours Foundation, the eight-week program is designed to introduce Tar Heels to the region at the end of their first year.

It’s especially appealing for students who have not yet been abroad or may not be fluent in another language. Madelyn Usher ’15, a political science major and public policy minor from Charlotte, had never been on an airplane before when she flew to Singapore in May 2012 at the end of her first year to participate in the summer program.

“I was the first one in my family to get a passport,” she said.

The SEAS program provides a great introduction to Singapore, the region and other cultures.  As part of the program, students have classes at NUS and travel together to other points in Southeast Asia.  Usher visited Bangkok, Brunei and rural Thailand.

It’s not unusual for SEAS participants to study abroad again.

Usher was accepted in the UNC-NUS joint degree program. When she learned she also had won a Phillips Ambassadors scholarship to support the adventure, she decided to stay on in Singapore for her sophomore year. She will graduate in 2015 with a joint degree in political science from UNC and NUS.

The SEAS program helped her make the giant leap from having no travel experience at all, to wanting to fully immerse in another culture for an extended period of time, both opportunities were made possible through privately supported study abroad scholarships.

“When you read about other places and cultures it’s only half an education,” she said. “You have to see it firsthand.”