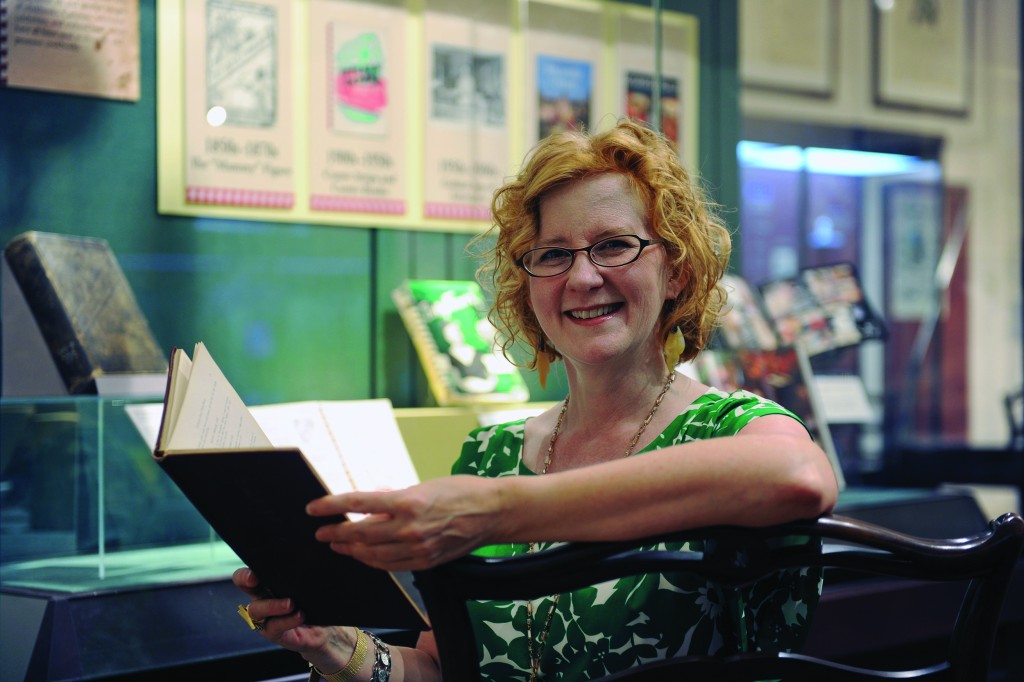 While she scoured resources for material to write a dissertation on women writers and environmentalism in Appalachia at the turn of the 20th century, she kept a separate file for “all kinds of materials that I suspected were interesting but didn’t quite go into the project I was working on.”

Her dissertation complete, Engelhardt later returned to the file and found it filled with fascinating stories about food. Before long, she began writing about things like the “Beaten Biscuit Crusade,” a phenomenon in the late 1890s designed to get local women to stop making their staple, cornbread, and start making a much more complicated and time-consuming biscuit recipe.

Southern food — everything from grits to gravy, moonshine to mustard greens — makes for great academic fodder. In January, the Hendersonville, N.C., native joined the College as the John Shelton Reed Distinguished Professor of Southern Studies to continue the department of American studies’ emphasis on teaching and documenting Southern culinary cultures and histories. She currently serves on the board of the Southern Foodways Alliance.

Her most recent anthology, The Larder: Food Studies Methods from the American South, looks at how people write and talk about Southern cultures through food. She also has written other books, including A Mess of Greens: Southern Gender and Southern Food.

Engelhardt said the people of the South have cared about, collected and talked about their food stories “in a very deliberate way for a very long time,” particularly through documents, letters and diaries, cookbooks, family stories, oral histories, photographs and material objects. They also benefit from a rich history of eaters and cooks who are white, Native American, African-American and, increasingly, Latino.

“Food is also a story about class, and about race, and about gender,” she said.

Engelhardt recalled her own food narrative during a fifth-grade colonial days event at her school. Girls were told to make a picnic lunch basket for the boys, who would bid on that lunch and enjoy it with the female student.

She was mad. “Why do I have to do all this work? What are the boys doing? This is unfair.” When she calmed down, Engelhardt asked her grandmother to teach her how to cook her famous fried chicken and biscuits. They stood in her kitchen laughing and talking. Her grandmother’s hands knew just how to shape the biscuits, but what Engelhardt really loved was hearing stories about how her grandmother had once helped support her family by taking in boarders and cooking for them.

Engelhardt said the “Beaten Biscuit Crusade” is ultimately about class — which people were perceived as insiders and outsiders. The short version is two women moved to eastern Kentucky to set up a settlement school and tried to convince locals to bake wheat-based breads, like the beaten biscuit, which had to be leavened by arduous hand beating. It was an attempt to “civilize” the local women.

In A Mess of Greens, she wrote that they considered biscuits a “more healthful, appropriate and civilized alternative,” and that cornbread was an inferior and unhygienic choice.

She also loves the story of girls’ tomato clubs — groups of teenage girls in the early 1900s who planted, harvested, canned and sold tomatoes. The movement began in Aiken, S.C., around 1910 and later swept the Southern United States. The girls spoke about their dreams and how they planned to spend the money — whether it was to buy a dress or pay for college to become a chemist.

“It’s an example of both black and white adult women coming together and designing and leading these programs, and a kind of grassroots activism that surprisingly was pretty free of judgments about what the girls should do with the income,” Engelhardt said.

Best of all, Engelhardt added: “The girls went on to do all of those things” they dreamed about.

Read about Engelhardt in The New York Times.