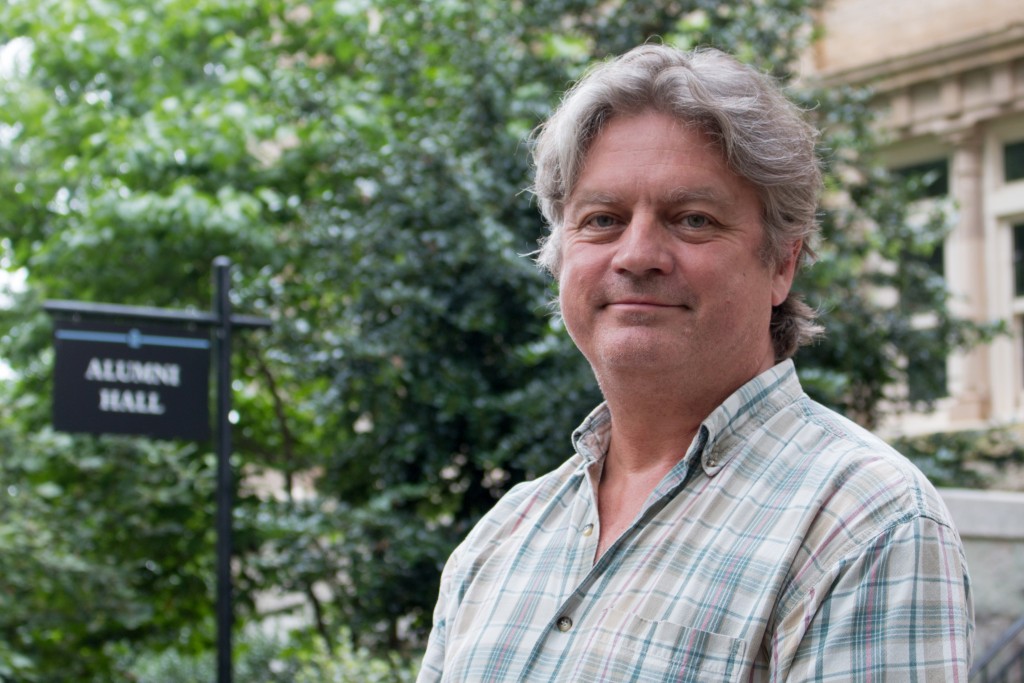 The Lost Colony is a mystery that has captivated North Carolinians for centuries.

In 1587, more than 100 English settlers came to Roanoke Island, commissioned by Queen Elizabeth I and led by Gov. John White, to establish a permanent settlement in the New World. Just three years later, when ships returned to bring supplies to the settlement, the island was deserted. There was no sign of the colonists except for the word “CROATOAN” carved into an abandoned structure and “CRO” etched into the bark of a tree.

Archaeologists recently uncovered a clue that doesn’t shed light on what happened to the lost colonists, but it may reveal more about their life on the island.

Eight pottery fragments of a single blue and white apothecary jar were found along the shoreline, about 75 yards from an earthen mound on Roanoke Island. J. Eric Deetz, an adjunct lecturer in the anthropology department in UNC’s College of Arts and Sciences who serves on the board of directors of the nonprofit First Colony Foundation, identified the fragments.

Deetz said it’s an important ceramics find — a type of tin-glazed Dutch pottery that dates between 1570 and 1630. 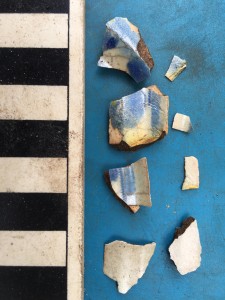 “Glass was much more expensive than ceramics, so these little cylindrical jars were used by doctors, physicians and others to collect things or hold ointments and salves,” he said. “Since this was an exploration of the island, they brought along scientists like Thomas Harriot, and they were looking for minerals and botanical materials and other exploitable resources.”

Because of the shape and form of the jar, which would have been about the size of a small coffee cup, Deetz said archaeologists can determine that it was not used for domestic purposes like storing or cooking food. And because there were no Europeans settling on Roanoke Island until almost 100 years later, “this absolutely has something to do with Elizabethan occupation of the island.”

The discovery has been generating media interest, and Deetz has been fielding calls from The Virginian-Pilot, The Huffington Post, WUNC radio and more. The story has also been picked up by The Associated Press.

“It’s important to stress that this doesn’t solve the Lost Colony mystery, but it’s a very exciting find and now we have another area we can look at on the island that may prove to be significant,” he said.

Deetz’s special interest is in English colonial archaeology, and he worked at Jamestown for years. He was also an on-screen archaeologist with the first season of the PBS series, “Time Team America.” At UNC, he teaches courses on identification and analysis of colonial artifacts and public archaeology. His wife, Anna Agbe-Davies is also on the UNC faculty, as an associate professor in the department of anthropology.

Even though there’s no way to tell for sure if the medicine jar belonged to scientist Thomas Harriot, Deetz said whoever dropped that jar knew Thomas Harriot. And that’s what makes archaeology exciting — finding objects with a direct link to history.

“If that jar was dropped in the late 1580s, the next person to touch that jar is the person who finds it. It’s an immediate, visceral connection. And that never gets old.”

Read about Deetz’s work with the Lost Colony Foundation in The Daily Beast.