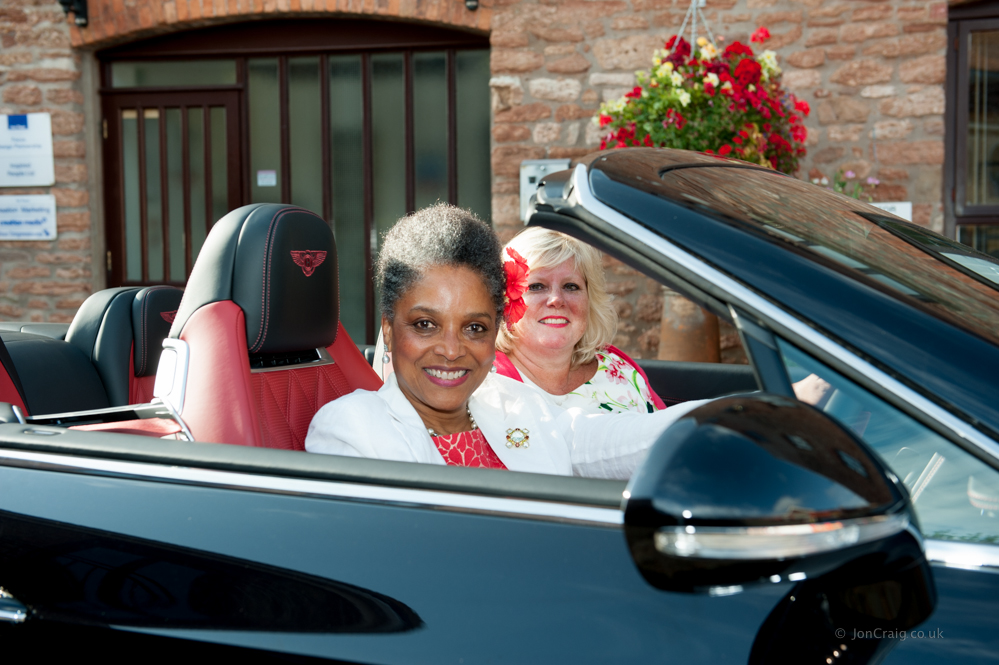 From her earliest childhood, Peaches Golding had both a love of science and an international outlook.

She enjoyed an aquarium full of breeding guppies, a colony of ants that lived on the dining room window sill, an uncle who enjoyed beekeeping and a series of scientific educational kits at her disposal.

She and her sister lived with Colombian families as part of a high school exchange program, lecturers from various African and Asian countries visited her home during their time at Winston-Salem State University, and her family traveled to Canada and Mexico for vacations.

Still, even she couldn’t envision the twists and turns her career path would take after graduation from Carolina in 1976 — from a job in the biology labs of the University of Ibadan in Nigeria to working for Prince Charles to becoming England’s first black High Sheriff.

“Are you sitting comfortably?” she asks. “It’s a crazy story.”

Golding’s resume reveals a passion for reinventing herself, over and over again. A partial snapshot: Marketing Cotswold Wildlife Park in Burford, Oxfordshire, while her husband served as park director. Serving as communications manager for a consortium of aluminum manufacturers. Founding a marketing business. Speaking about manufacturing at international conferences. Hosting a wildlife television program. Becoming a member of the Independent Broadcasting Authority. 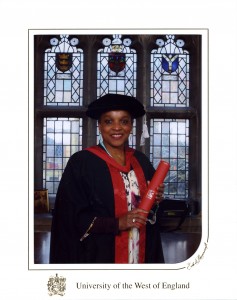 Golding at her MBA graduation. (Photo courtesy of Peaches Golding)

“My studies at Carolina enabled me to enjoy an informed and enlightened existence,” said Golding. “I have used skills such as analysis and evaluation, forming hypotheses, structuring reports or written communications — and more besides. I used my marketing skills, oft times combined with my grounding in the sciences, to develop my career.”

One day Golding was invited to a reception for business and religious leaders at St. James’s Palace.

“Can you imagine my surprise?” she said. “They were fascinated that I had a client list comprising blue chip companies.”

That led to a long-term role working for Charles, the Prince of Wales, on developing more minority-owned businesses in the British supply chain. In 2009, she was appointed an Officer of the Order of the British Empire by Queen Elizabeth II. In 2010, the queen asked her to serve a one-year appointment as the first black High Sheriff in England, representing the city and county of Bristol.

High Sheriff is the oldest secular office in England, at over 1,000 years old.

A High Sheriff represents the monarch, participates in civic, religious, royal, judicial and other activities within one’s ceremonial county area, “and is therefore accorded the same respect as the monarch,” Golding explained.

Today she remains busy, from serving on the board of a mental health partnership to trustee of one of Britain’s best-loved ships and tourist attractions to principal consultant for an executive search and recruitment firm.

“As I approach 40 years since my graduation, I see that my career path was totally unpredictable and all the more enjoyable as I was stretched molded, squeezed and burnished along the way,” she said. “The grounding that Carolina gave me has enabled me to transcend barriers and expectations.”

Ten years ago, it was said that an individual will have seven different jobs, Golding said. Today it is changing at an ever-increasing pace.

“From my experience, businesses and governments need brains that can innovate, design, implement, manage produce, validate, regulate and more. … We need to educate people for jobs and roles that we have not begun to imagine.”