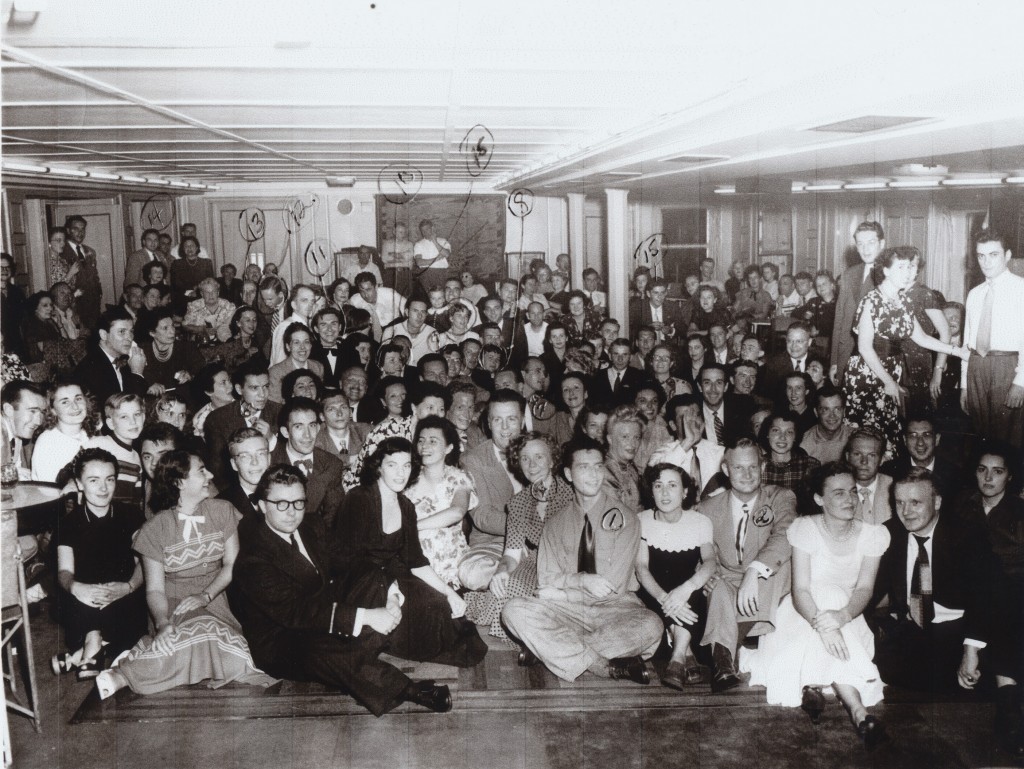 On Oct. 16, 1975, Frank Borden Hanes Sr. oversaw a resolution recommending the creation of the Arts and Sciences Foundation. This feature is one of 40 stories published by the foundation to celebrate four decades of private giving to the College of Arts and Sciences.

In this remarkable photo taken in September 1949 aboard the French Liner SS De Grasse, a young Carolina graduate at the beginning of his distinguished academic career sits in the front row. Roy C. Moose ’49, Ph.D. ’65 is third from the right in the light-colored suit, and was on his way to study English and comparative literature at Oxford University on a Rotary International Fellowship. After earning two more degrees in England, Moose returned to Carolina where he earned his Ph.D.

His beginnings were humble. Born in Catawba County, he was the son of millworkers and never even thought of attending a university. Moose entered Carolina on the G.I. Bill after serving in World War II in the Army Air Corps and as first lieutenant in the Army Intelligence division. He taught at Florida State University for many years before returning to North Carolina to teach at UNC-Charlotte, where he received an award for excellence in teaching and was dubbed “Mr. Shakespeare” by students. He died in 2003. 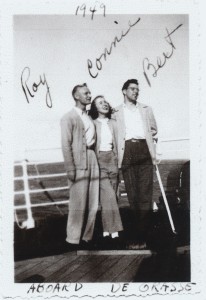 “I’m very honored to be the Roy Moose Professor. Darryl was not just my colleague, but my teacher and honors thesis adviser when I was an undergraduate at Carolina in the early 1980s. He meant the world to me,” said Barbour.

Because of the Moose Graduate Student Travel Fund, dozens of graduate students have been able to travel and present research at academic conferences, a critical activity for professional growth.

We thank Naomi Levine of New Jersey, a passenger on the De Grasse, who was sorting through her personal photos and sent this to the Arts and Sciences Foundation. “During that wonderful crossing, 10 days of calm seas, I took some candid photos with my Brownie Box camera of other passengers. We were all students on our way to study in France or England. May Roy’s legacy produce much fruit.”