FOOD FOR ALL: FOOD, FAST

Milking pecans for all she can 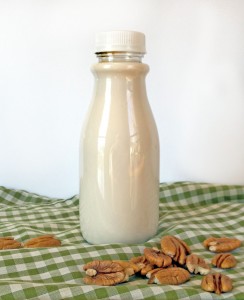 The majestic pecan tree that grew on her grandmother’s farm was the inspiration for it all.

When Rachel Atkinson ’15 was a first-year student at UNC, she became involved with the student-run organization FLO (Fair, Local, Organic) Food. As many of the members began exploring veganism and drinking milk substitutes, she noted that most non-dairy milks were highly processed and certainly not local. She thought of her grandmother’s pecan tree and wondered why pecan milk was not among the offerings.

She whipped up a batch and liked it. So did her friends. Learning about what it would take to bring a pecan milk beverage to market became a central focus of her UNC education.

Atkinson, an interdisciplinary studies major (urban planning and sustainable development) who minored in entrepreneurship and geography, received a 2013 JNO award. The competitive grants are given to students in the e-minor to help them prepare ideas for market. She spent summer 2013 studying the state pecan farm industry on a Summer Undergraduate Research Fellowship. She was selected as an Honors Carolina Burch Fellow and spent summer 2014 at Brooklyn Soda Works, learning firsthand how artisanal food products are created, packaged and promoted.

“The entrepreneurship classes were amazing” in helping her understand what’s involved in market research and pitching her product, she said, and the summer in Brooklyn taught her “a million small things, the tedious parts of the business, like what can go wrong, what it takes to get ready to sell at a market.”

She is researching commercial kitchens and hopes to launch Native South Creamery after the November pecan harvest, selling her pecan milk at Durham-area coffee shops and farmers markets — “handmade, hand-bottled and sold by me.” 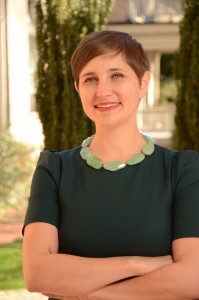 Ashley Chaifetz (photo by Will Owens)

Ashley Chaifetz praises UNC’s new “Food for All” academic theme, but she would suggest an addendum: Safe Food for All.

Chaifetz, who completed a Ph.D. in public policy in spring 2015, focused her dissertation on food safety policy, particularly in food pantries and the low-income people who depend on them.

Are food pantries providing safe foods to the communities they serve? For example, they don’t face the same regulations that farms or restaurants do.

“With a food pantry, we’re looking at a community of people who are low-income, and there’s a good chance they don’t have [access to] health care in the event they do get sick” from foodborne illness, she said.

Chaifetz interviewed 105 food pantry managers across the state, examining how the food pantries received, stored and distributed their food: Are they getting food from regional food banks, grocery stores, food drives or hunters? How and for how long is the food transported — in the trunk of a car or a cooler? When the food makes it to the pantry, does the pantry have procedures in place for checking temperatures of the refrigerators or for workers to wash their hands? What are the pantries’ policies on past-date foods? 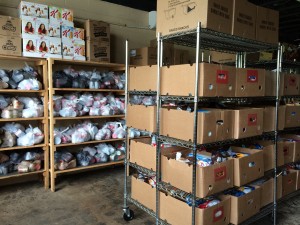 At one North Carolina food pantry, canned and packaged foods have been sorted and packed into boxes and bags ready for distribution. (photo by Ashley Chaifetz)

Her research culminated in a video series of food safety guidelines for food pantry managers and volunteers, which she produced with NC State associate professor and food safety extension specialist Benjamin Chapman. The videos highlight topics such as cross-contamination, time-temperature control and proper handwashing. They also provide sample operating procedures for food pantries, resources for checking recalled products, and a flowchart that explains, for example, how to know if a dented can is safe to use.

Her research earned her an N.C. Impact Award from UNC’s Graduate School. Chaifetz’s research could prove helpful to food pantries in other states as well. 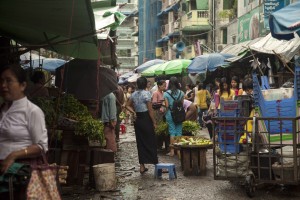 The idea of place was always important to Grace Farson ’15.

It inspired her to travel to Thailand and Burma in summer 2014 through a Summer Undergraduate Research Fellowship. The interdisciplinary studies and communication studies double major combined her interests to create a documentary film, Doesn’t Taste Good When Eaten Alone, focusing on the growth and possible impact of fast food chains in Burma.

After decades of self-imposed isolation, Burma (also known as Myanmar) was recently opened to international trade, so fast food is not as prevalent there as in other Southeast Asian countries.

Farson began her trip in Bangkok, so she could compare Thailand’s food culture to Burma’s. In Thailand, there is a rising interest in fast food chains, including Western chains. Fast food restaurants are found primarily in shopping malls (which are also becoming more popular.) On the street, food vendors and local eateries abound.

“What initially struck me about Yangon was the small number of places to eat apart from inside the home and on the street at tea shops and tea stalls,” she wrote in her fellowship report. While there, she interviewed tea shop owners, restaurateurs, and a manager of Korean-based fast food chain Lotteria, the first fast food restaurant to open in Burma. Large chains like McDonald’s have been eyeing the country for franchise options, with KFC becoming the first U.S. chain to open in Burma in summer 2015.

As she interviewed people for her film, she heard mixed reactions about the projected growth of these chains.

“I wasn’t totally a big fan of this idea of fast food coming into a place with so much history and so much pride in their traditional cuisine,” she said. But after her interviews, particularly with the Lotteria manager, she realized more fast food spots could bolster food sanitation and provide affordable food to more people.

Overall, Farson noted, people were excited about the fast food chains but nearly everyone agreed on one thing: Traditional food will never go away.

Going with the FLO

It is easy to say you want to eat local, organic food, but what if you’re a student living on campus and dependent on the offerings of the dining hall? At UNC, that is where FLO Food comes in. 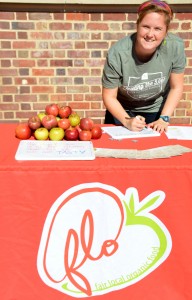 “FLO is designed to bridge the divide between students and farmers,” said Claire Hannapel ’16, director of the student organization, which is committed to educating students about not just the growing of food but the myriad other issues involved in getting it to campus — harvesting and distribution, economies of scale, fuel costs, food waste.

Perhaps FLO’s most visible activity is hosting the hugely popular farmers markets in the Pit during the fall and spring. But the group conducts other outreach events as well, including film screenings, a Food 101 speaker event, a potting workshop for growing herbs and field trips to visit farms and other food producers.

During the school year, FLO members meet regularly with Carolina Dining Services executives to discuss ways to improve sustainability efforts. “We challenge each other,” said Hannapel, an interdisciplinary studies major and geology minor who is focusing on food studies. “We try to push them to have more local foods,” and the executives, in turn, explain the complexities in doing so.

“FLO Foods has worked for over five years to build support for sustainable food in North Carolina,” said Rudi Colloredo-Mansfeld, professor and chair of anthropology and FLO’s faculty adviser. “Its programming offers a unique model of activism, study, and university, community and businesses partnerships.”

Last October, Carolina Dining Services and FLO paired up to participate in Feeding the 5000, an international event in which the host organization serves a feast for 5,000 people made with food that would have otherwise been wasted. The menu included a curry and a cobbler made with fruits and vegetables that were misshapen, blemished or otherwise cosmetically flawed but perfectly good to eat.

MSN recently ranked Carolina among its “75 Best Colleges for Food in America.”