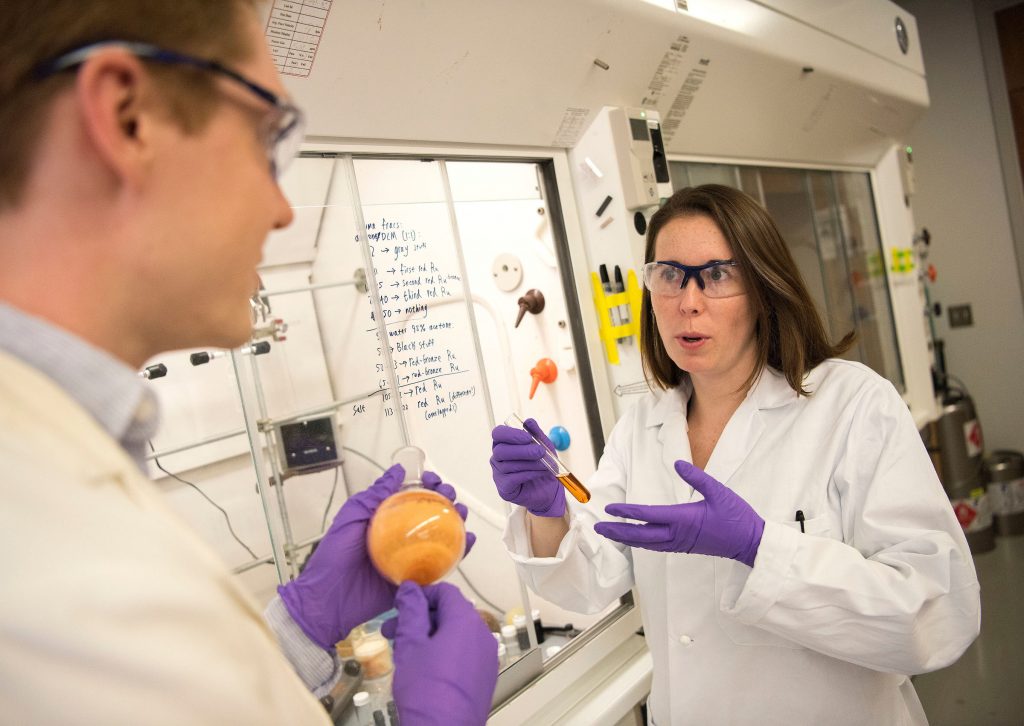 A grant from the Clare Boothe Luce Program will support new graduate fellowships for women in chemistry. The program, with a mentoring component, will be led by Jillian Dempsey (right). (photo by Jon Gardiner)

Carolina chemistry has had a proud history of female faculty members since Linda Spremulli joined the faculty in 1976.

Keeping that legacy alive by encouraging women chemists to pursue academic careers is a priority of the department. A recent $300,000 grant from the Clare Boothe Luce Program will support new graduate fellowships for women in chemistry and create a mentoring program to support them while they are at UNC.

Research has shown that a lack of both mentoring and female role models contributes to women in chemistry leaving the tenure track, said Jillian Dempsey, the grant’s principal investigator and program director. She sees this program as a way to develop an atmosphere for fellowship recipients and other female graduate students to interact more closely with women faculty members.

“I envision this program as a way to address some of these ‘leaky pipeline’ issues, where women have the goal to pursue a Ph.D. but then decide on alternative careers, frequently because they don’t have role models or a support structure. We want to fix those leaks,” said Dempsey, assistant professor of chemistry.

The two-year fellowships will begin in fall 2018, with the first recipients notified later this spring. Since it first offered grants in 1989, the Luce program has been a source of private support for women in science, mathematics and engineering.

Read a story on chemistry’s bicentennial and check out a timeline of 200 years of Carolina chemistry.