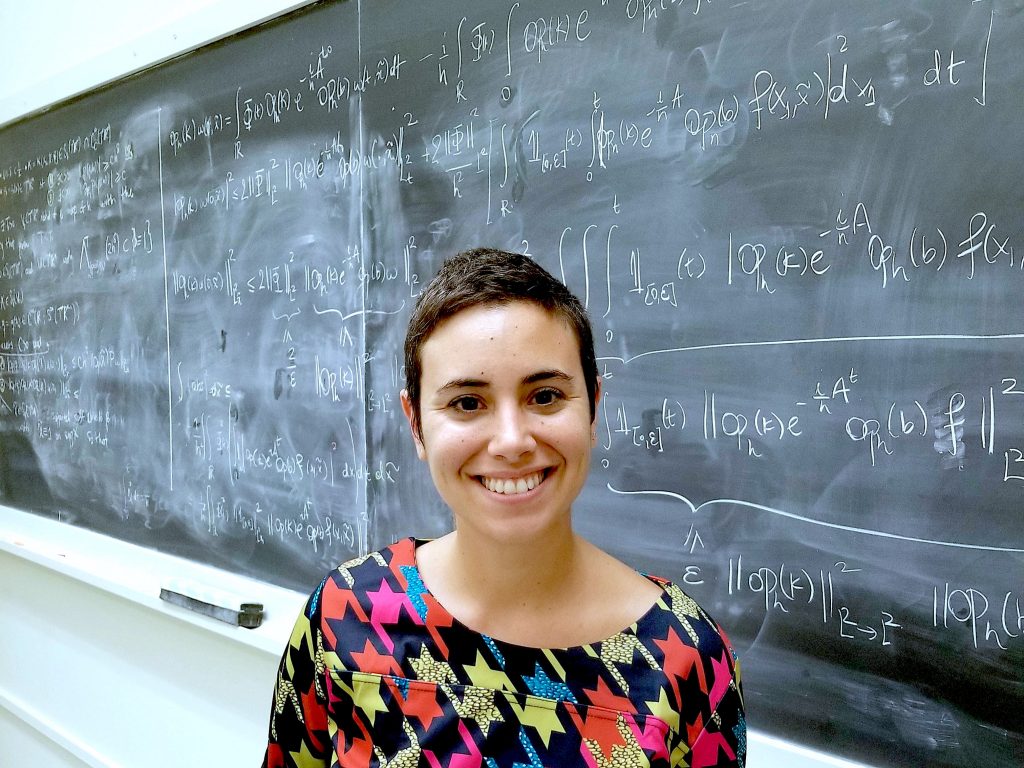 Yaiza Canzani’s Sloan Fellowship, awarded to “the next generation of scientific leaders,” is the first Sloan for the mathematics department in about 10 years. (photo courtesy of Yaiza Canzani)

Yaiza Canzani, an assistant professor of mathematics in UNC’s College of Arts & Sciences, has been awarded a 2018 Sloan Research Fellowship.

The fellowships are given to early-career scientists and scholars whose achievements and potential identify them as “rising stars,” the next generation of scientific leaders. The recipients are recognized for being among the very best scientific minds working today. Winners receive a two-year $65,000 fellowship to further their research.

The Alfred P. Sloan Foundation announced the selection of 126 new Sloan Fellows from 53 colleges and universities in the United States and Canada on Feb. 15. The fellowships have been awarded yearly since 1955. The Sloan is among the most prestigious awards given to young scholars.

“The Sloan Research Fellows represent the very best science has to offer,” said Sloan President Adam Falk. “[They are] the brightest minds, tackling the hardest problems, and succeeding brilliantly — Fellows are quite literally the future of 21st century science.”

Canzani’s research is dedicated to studying solutions to the Schrödinger equation, which was derived by the physicist Erwin Schrödinger in 1926. This equation describes how a quantum system evolves over time. Her research focuses on understanding the behavior of wave functions that solve Schrödinger’s equation — the mathematical formulation for studying the energy levels of quantum mechanical systems like atoms.

The Sloan Fellowship will allow her to dedicate more time to this complex research as well as collaborating on this project with several colleagues.

Forty-five previous Sloan fellows have received a Nobel Prize in their respective field, 16 have won the Fields Medal in mathematics, 69 have received the National Medal of Science, and 17 have won the John Bates Clark Medal in economics, including every winner since 2007.

Richard McLaughlin, chair of the mathematics department, said this is exciting news because the last time the department had a Sloan Fellow was about 10 years ago.

Canzani was previously a Benjamin Peirce Fellow at Harvard University and a member of the Institute for Advanced Study. She received her Ph.D. from McGill University.