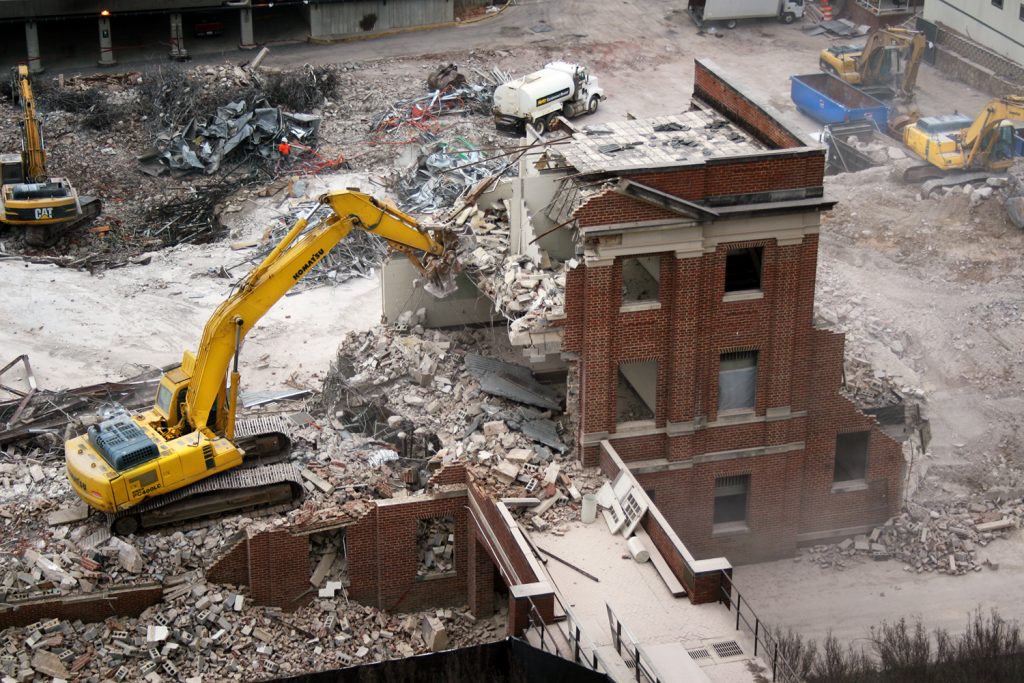 Demolition of the original, (old) Venable Hall, which housed the departments of chemistry and marine sciences, began in January 2008. The building was named for Francis Preston Venable, professor of chemistry and University president from 1900 to 1914. (New) Venable was completed about two years later as part of the Carolina Physical Sciences Complex, the largest construction project in the University’s history. Do you have memories of classes and labs in old Venable? Share your stories by emailing college-news@unc.edu.

Alan Banov ’67 shared this memory of his time in (old) Venable Hall:

In November 1963 I was in my Qual Chem lab on the Friday afternoon when President Kennedy was assassinated. I worked next to Mike Knowles (now an M.D. and Professor of Pulmonary and Critical Care Medicine at UNC).

Rumors filtered into the lab that Kennedy had been shot. Many of us could not believe it. I didn’t.

I focused on my lab and, while I was a mediocre Chem student, got a B and the second highest grade on the lab that day. (It wouldn’t have surprised me if Mike Knowles had the highest grade since he was an excellent Chem student.)

Afterwards, I joined my parents and a friend from home at the Carolina Inn, around the corner, and discovered the horrible rumors were true.

Read a story about how Carolina First gifts made a new Venable Hall possible.