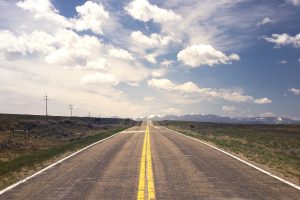 Each year, more than 30,000 people die in car crashes in the United States. Despite safety improvements, motor vehicle fatalities continue to be a leading cause of early mortality.

A new study in the American Journal of Preventive Medicine shows that a significant decrease in automobile travel from 2003 to 2014 correlated with a decrease in the number of crash deaths, with the largest reduction among young men. The study also discovered that at the same time, there was no increase in how active Americans were, meaning physical activity did not replace driving for many people.

“These results accord with analyses from the transport literature that show the drop in driving occurred because Americans were going fewer places, not because they were switching from cars to travel by bus, foot or bicycle,” said Noreen McDonald, chair and associate professor in the department of city and regional planning.

The study found that auto travel decreased by 9.2 minutes per day from 2003 to 2014. Men ages 20-29 years saw the largest drop. Consequently, motor vehicle fatalities showed significant declines among young men, but also across all ages.

The amount of time people spent exercising remained unchanged during the study period.

“Americans have stayed home more in the recent decade for a complex set of inter-related factors,” said McDonald. “Technologic advances have eliminated the need for some face-to-face interaction. High gas prices, rising debt, stagnant incomes and increases in unemployment have made driving more costly. Finally, delays in employment, partnering and parenthood have lowered the need for certain types of trips.”