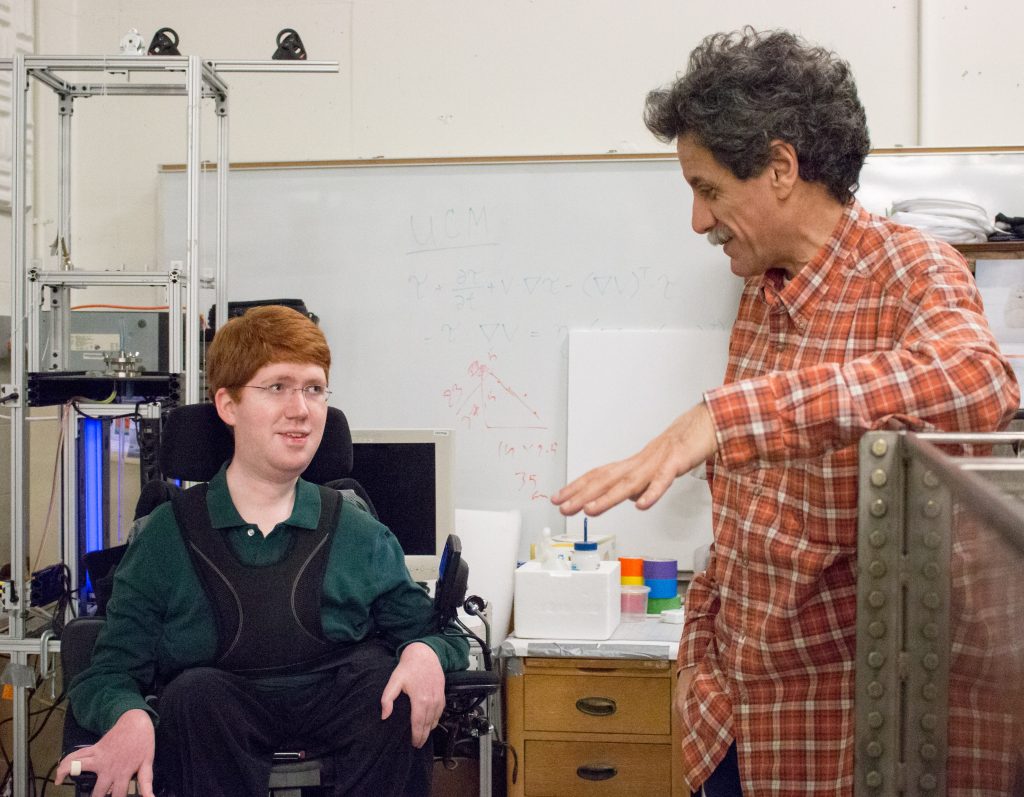 “It really helps to hear from others with different expertise and to be exposed to different research,” Camassa said. “Sometimes you’re surprised when something turns out to be more salient to what you’re doing than you initially thought.”

One of his collaborators is Pierre-Yves Passaggia, a postdoctoral fellow in marine sciences.  Passaggia is studying the dynamics of ocean circulation. Another collaborator is physics graduate student Jeff Olander, the lab safety and data manager in the Joint Applied Math and Marine Sciences Fluids Lab in Chapman Hall, the nexus for many shared studies.

The three scientists work together on fluid dynamics, a field that encompasses not just ocean currents and waves but also human airways, among other areas. For some of their work, they’re using a 120-foot wave tank that allows them to conduct large-scale experiments. The tank is one of the largest in the world that is completely optically accessible from all sides and will soon have its own fully recyclable salt-water storage and filtration system.

Passaggia collaborates with Camassa on underwater wave research, studying how the ocean makes exchanges among its different layers and how circulation takes place. Ocean water has a warm surface layer and a colder, denser layer underneath; this stratification of temperature and density causes underwater currents. 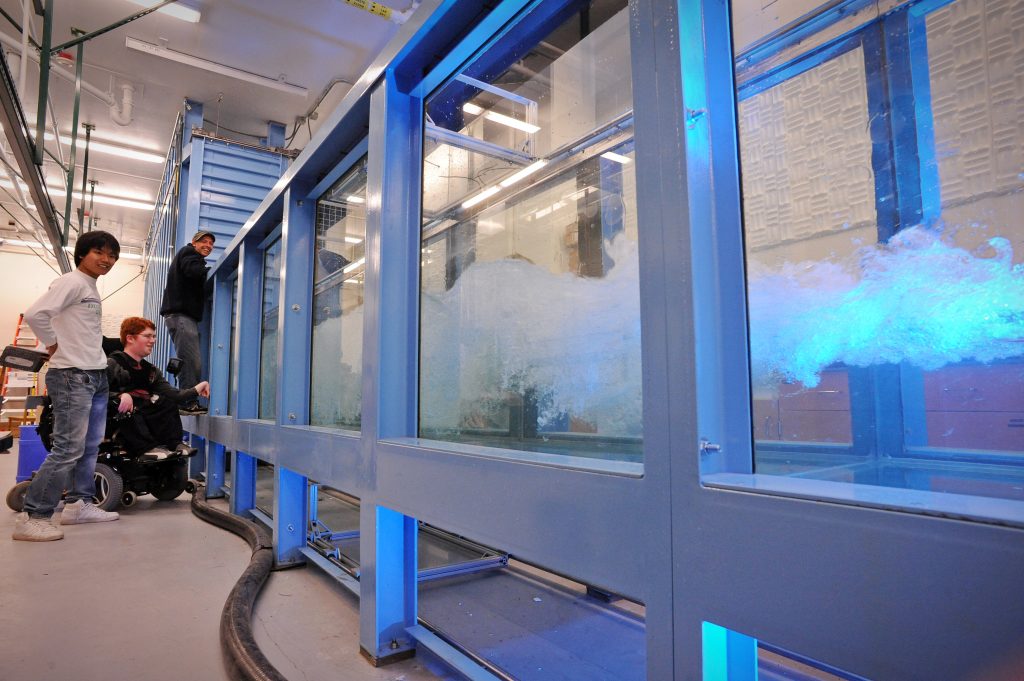 The fluids lab in Chapman Hall is the nexus for collaborative projects in mathematics, anthropology, marine sciences, physics and computer science. (photo by Dan Sears)

The scientists are interested in how fluids of different densities mix, sometimes causing powerful underwater currents that can pose a threat to ships and submarines.

“Since waves are conveniently described mathematically, we carry out experiments replicating ocean conditions that we can map to accurately predict what’s happening,” Passaggia said. “We fill the wave tank with different fluids of different densities and then generate large amplitude waves. Illuminating the tank using lasers, we can measure the characteristics of the waves very accurately using particle tracking and fluorescent dyes. Our results help us understand how the ocean makes exchanges between the different layers and how circulation takes place.”

Camassa and Olander partner to study the flow of complex fluids through small structures such as pipes. Complex fluids such as mucus share properties of both solids and liquids. Understanding the properties of these fluids has the potential to advance clinical research on cystic fibrosis and pediatric airways, for instance.

Olander has additional expertise with manipulating big data sets. “Jeff’s skills with DataTank, a software tool developed by my colleague David Adalsteinsson to handle large data sets, translates immediately across all types of experiments, which is very helpful,” Camassa said.

“Collaborations comprise about 90 percent of my work. Applying tools from another discipline allows you to move forward and to do so very fast in research.”

Creating a buzz about health humanities