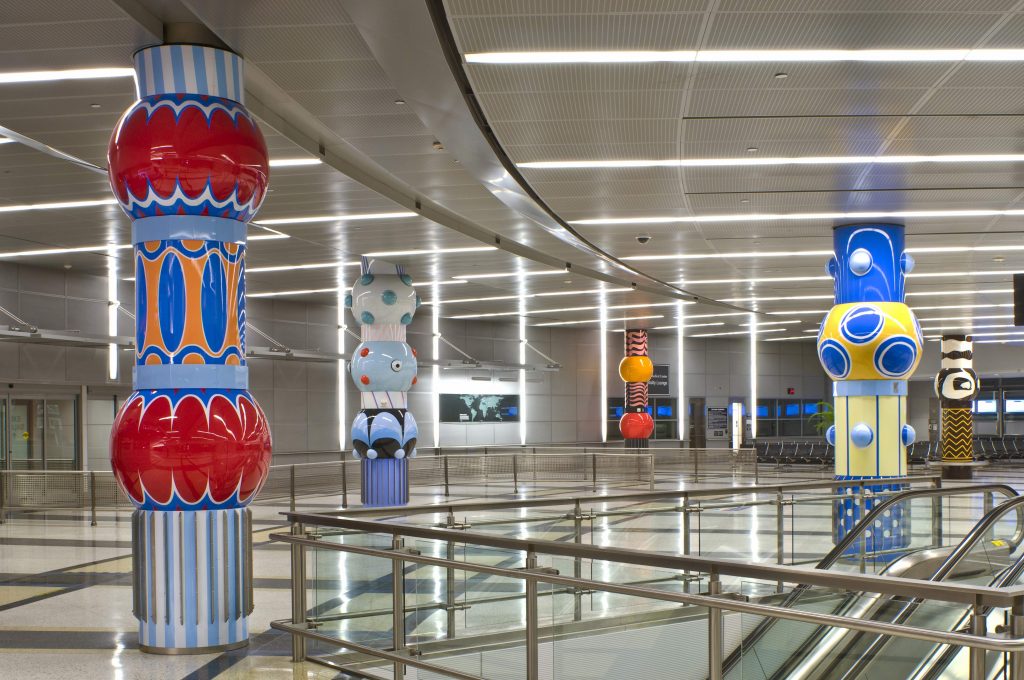 An installation by Jim Hirschfield and Sonya Ishii, Beads welcomes visitors to the International Arrivals Hall in Terminal E of George Bush International Airport in Houston.

“We used beads as a concept since beads are used by so many contemporary and ancient cultures, reflecting the many aspects of a society,” Hirschfield said. “As Houston is a community known for its cultural diversity, beads became an appropriate icon for the ‘meeter-greeter lobby’ of the airport where visitors from around the world first enter Houston. While adding color to the space, our bead columns become animated focal points that poetically address an important component of the site and the city itself.”

Hirschfield, chair of the department of art, has been a professor at UNC for 28 years. In the early 1990s, he began focusing on public art. Having installed over 40 public art commissions, he has created a variety of projects, from a pedestrian bridge at a zoological park to a meditation room in a children’s hospital. Ishii is his wife and artistic partner.