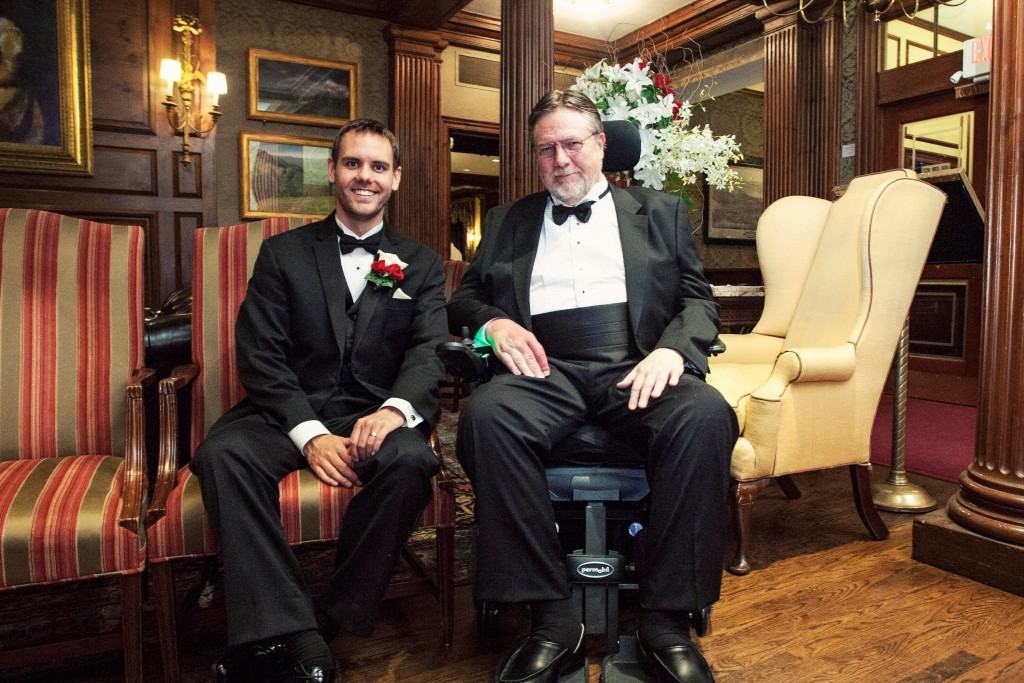 Kurt Gray, left, finished the book begun by his longtime colleague, Daniel Wegner, after the latter was diagnosed with ALS. The two are shown at Gray’s wedding. (photo courtesy of Kurt Gray)

This past spring, the Cincinnati Zoo made international headlines when a 3-year-old boy climbed into the enclosure of a gorilla named Harambe. Zookeepers made the heart-rending decision to kill the endangered gorilla to rescue the boy. In the uproar that followed, those who opposed killing the gorilla emphasized Harambe’s vulnerability; those who supported the action focused on the vulnerability of the child.

Humans generally perceive the minds of both children and animals as “vulnerable feelers” and deserving of protection, according to Kurt Gray, UNC assistant professor of psychology and neuroscience. That’s what made the situation so untenable: Our hearts melted for both but the zookeepers could protect only one.

“Vulnerable feelers are passive minds with moral rights that have actions done to them, like the minds of puppies, medical patients and babies,” Gray said. This is why animal lovers give their pets emotions and feelings — and why they’re outraged when harm is done to them. “‘Thinking doers’ are active minds with moral responsibility that do actions — minds like corporations and gods.” In the case of Harambe and the child, the “thinking doers” are the zookeepers. 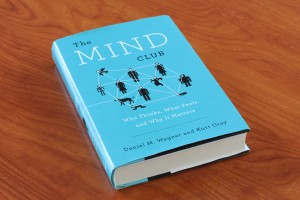 Gray has termed difficult cases of mind, like those of animals and babies, “cryptominds” — a subject he and co-author Daniel Wegner unwrap in their book, The Mind Club: Who Thinks, What Feels, and Why it Matters (Penguin Group, 2016). Gray and the late Harvard University psychology professor discuss what it means to have a mind and who (or what) belongs in “the mind club.”

“A mind is not an objective fact as much as it is a gift given by the person who perceives it,” Gray said. “Mind is a matter of perception with members being granted admission into the mind club based not on what they are but on what they appear to be.”

In the book, he and Wegner postulate that we characterize minds along two sets of mental abilities: experience and agency. Experience encompasses most feelings — fear, pain, pleasure, pride and desire, to name a few. Agency represents mental abilities such as self-control, morality, emotion recognition, communication and thought. More advanced minds have both more experience and agency, but often there is a separation between these two dimensions, like a border between countries.

Gray and Wegner write about all types of human-created cryptominds, from RealDolls — life-size mannequins that double, for some people, as intimate life partners — to the MIT-created “Kismet,” a robot with the emotional capacity of a young child. “If you have ever passionately kissed an inanimate object, you are not alone,” they write.

Creepy concepts don’t bother Gray — his favorite chapter is on the dead. When our loved ones die, the minds of the deceased stay in our thoughts and we say things like: “Grandma would approve of this.” Gray experienced this phenomenon himself after Wegner’s death from ALS (a neurodegenerative disease that affects nerve cells in the brain and spinal cord) in 2013. Gray’s co-author had been diagnosed shortly after submitting the book proposal in 2010, and as “a last request of a dying man,” Gray finished the work.

“I was constantly trying to perceive Dan’s mind — wondering how he would phrase something or what joke he might make,” he said. “I think Dan was comfortable passing away without finishing the book because he knew that I would do it for him. … He knew that he had trained me to think and write in his image. I think he would approve of the book.”

A longer version of this story appeared in Endeavors (endeavors.unc.edu). Read more books by Carolina alumni and faculty.