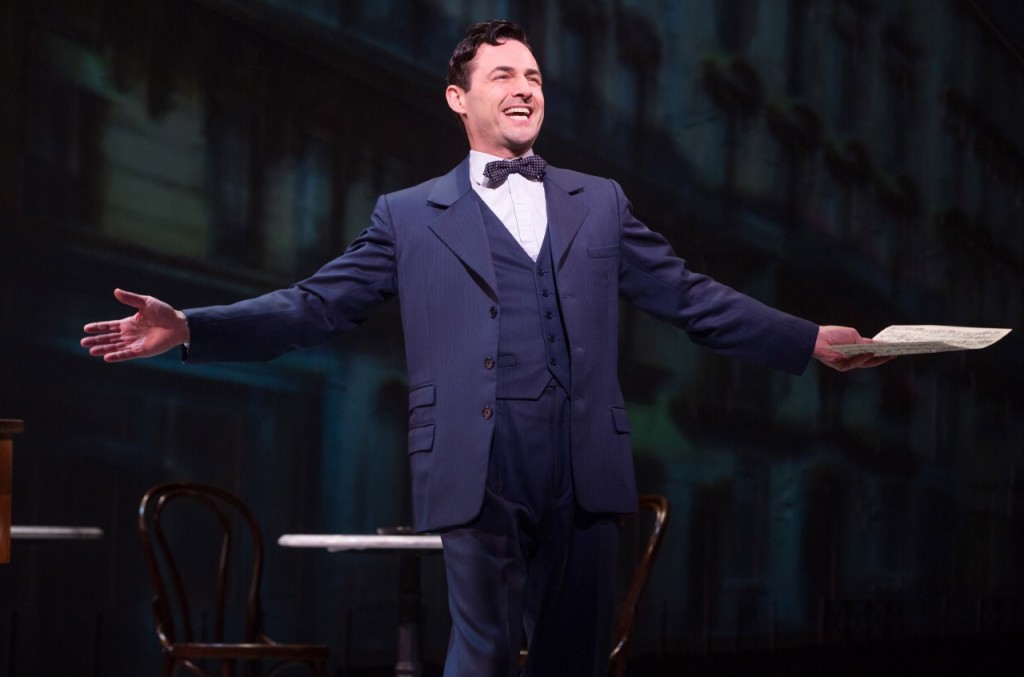 Max von Essen ’96 as Henri in An American in Paris on Broadway. He received a Tony nomination for the role.

When Max von Essen’s parents took him to see Liberace at Radio City Music Hall, the second-grader couldn’t believe his eyes. He loved all the glitz and glamour as the lavish performer rolled on stage in a custom Rolls-Royce and played a rhinestone-studded piano with fountains in the background choreographed to the music.

But more important, von Essen was amazed at how Liberace’s fingers ran up and down the keys. After the show, he returned to his piano lessons in earnest.

“It was the most colorful, out-of-this world thing I had ever seen,” said von Essen (music/economics ’96). “It may sound cheesy, but I came home and I was just so inspired, I practiced like you couldn’t believe.”

Seeing Liberace helped to foster von Essen’s love of music and theater. He recently starred in An American in Paris on Broadway, a musical adaptation of the classic 1951 movie, which garnered four Tony Awards.

A native of the New York City area, von Essen fell in love with UNC after auditioning for the music department: “The vibe was amazing, and I knew I was going to really have a home there.”

After graduation, he returned to New York and waited tables before landing a yearlong gig as a backup singer for Liza Minnelli.

“It was pretty surreal to be 22 and touring Monte Carlo, Vegas and L.A. in limos and on stage with her,” von Essen recalled.

Von Essen made his Broadway debut as the understudy for Jesus in Jesus Christ Superstar, toured Europe playing Tony in West Side Story and starred in Dance of the Vampires, an admitted flop. In Les Miserables on Broadway, von Essen played revolutionary leader Enjolras. And in the last Broadway revival of Evita, von Essen performed as Agustin Magaldi and frequently stepped in for singer Ricky Martin in the role of Che.

After the 9/11 attacks in New York, von Essen took a break from the stage and looked inward. His father, Thomas Von Essen, was the city’s fire commissioner. The city was suffering. The younger von Essen was asked to sing the national anthem at events and memorials.

“I was truly beaten down,” von Essen said. “Yet it was amazing to be this New York actor and singer and also the son of the fire commissioner and to somehow bring that together. I was honored to lend my voice.” 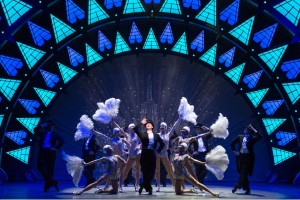 A native of the New York City area, von Essen fell in love with UNC after auditioning for the music department: “The vibe was amazing, and I knew I was going to really have a home there.”

Von Essen’s most fulfilling role is his current one as Henri, a Parisian aristocrat, which gave him his first Tony Award nomination, for Best Featured Actor in a Musical. Von Essen had always loved classic Hollywood film musicals featuring Fred Astaire, Gene Kelly and Judy Garland, and An American in Paris is from that tradition.

It also features the work of George Gershwin, one of the first composers von Essen discovered. His mother often took him to music stores to buy Gershwin anthologies.

In the production, his showstopper is “I’ll Build a Stairway to Paradise,” in which a small jazz club is transformed into Radio City Music Hall in a high-kicking number replete with showgirls and chorus boys.

An American in Paris got a rave review in The New York Times. The newspaper called von Essen “a gifted actor… who here gives a hard-earned breakthrough performance of great sensitivity and charm.”

The show closed Oct. 9. What’s next? Von Essen isn’t sure, but he isn’t worried, either. Maybe another Broadway show. Or more television and film — he’s done guest spots on The Good Wife and Boardwalk Empire. He’s also booking a one-man show to take on tour. And best of all, he’s doing what he loves.

“I always sort of land on my feet.”

Read an article about Max von Essen in The Daily Beast. Check out a theater review of An American in Paris in The New York Times.