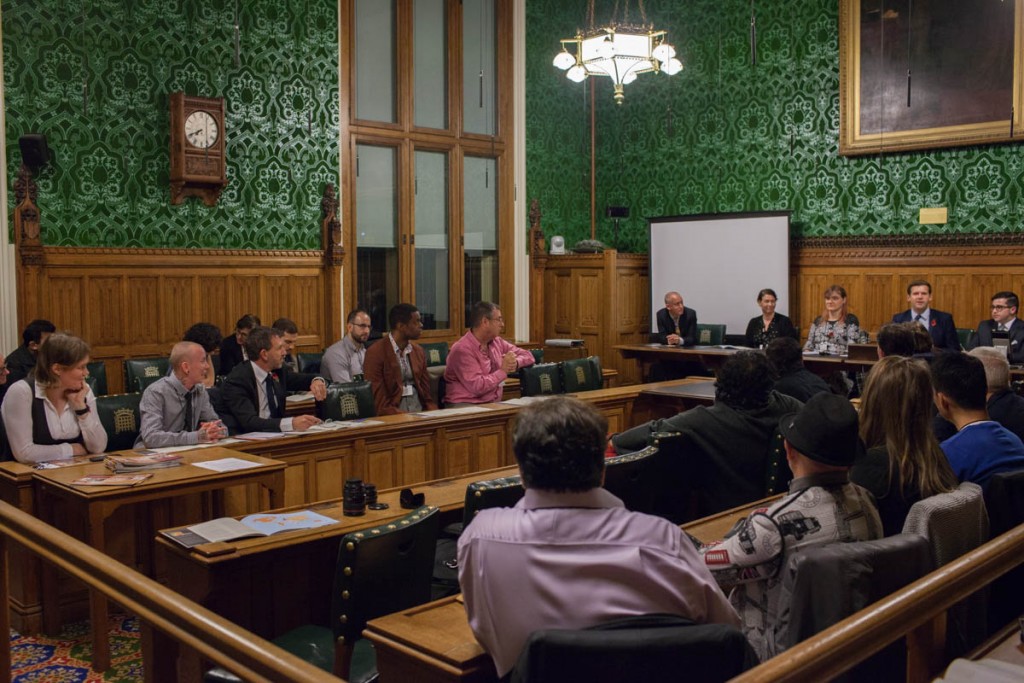 It’s the first week of December, and much of America is watching Ted Cruz and Donald Trump hurl insults at each other. But a political science professor at UNC-Chapel Hill is keeping close tabs on some lesser-known political candidates in other parts of the world. In Australia, the first openly gay member of Parliament was just elected. Meanwhile, Venezuela just elected the first transgender woman to their National Assembly. Andrew Reynolds, director of the UNC LGBTQ Representation and Rights Initiative and an associate professor of political science in the College of Arts and Sciences, updates his website to reflect these developments. He maintains a running list of all LGBTQ elected officials, all around the world, and he updates it constantly.

“Just about every week, someone is elected, or someone comes out,” Reynolds says.

While the list contains hundreds of openly gay, lesbian, and bisexual people, it includes only a handful of transgender people. The grand total of openly trans* people who have ever been elected to public office is 52.

“When you hear that number, it may sound like a lot,” Reynolds says. “But it’s a drop in the bucket compared to the ocean of hundreds of thousands of people who run in electoral races around the world every year.”

The UNC LGBTQ Representation and Rights Initiative published a report in November called “Standing Out: Transgender and Gender Variant Candidates and Elected Officials Around the World.” And when Reynolds tweeted about it, the impact permeated globally. “It almost crashed our website,” he says, smiling. The site was visited thousands of times, and hundreds of people downloaded the report.

Reynolds recruited Logan Casey, a scholar and advocate on issues facing trans* people, to take on an unprecedented project with him: compile a comprehensive report on all the transgender people who have been elected to office — anywhere in the world, ever.

“Studying transgender people in electoral politics is something that has just never been done,” Reynolds says. “There are so few examples.”

Both Reynolds and Casey point out that one way to measure the progress of minority groups is their inclusion in formal institutions, like government. “We’ve noted the moments when the first black person was elected to Congress, or the first woman,” Casey says. “And we’re still focused on that in our presidential race here in the U.S. But this project was all about trans* people serving their communities around the world.”

Before beginning the project, Reynolds and Casey approached dozens of leading transgender advocates and groups from across the country and the world to ask: “Has anyone done this?” Specifically, they were trying to find out if anyone had ever counted the number of transgender people who have run for office. According to their sources, nobody had — but they all encouraged Reynolds and Casey to move forward with the project.

Will all the trans* people please stand up?

To begin their search, Reynolds and Casey asked trans* advocates and organizations to provide the names of people who had been elected to public office as openly transgender. They reached out to each name they received to confirm his or her transgender identity was public knowledge. Each person became a new resource, providing Reynolds and Casey with the names of other trans* people serving in public office.

“You just start with a pool of people and then you fill in the gaps,” Reynolds says. “There are a couple of websites and blogs out there but nothing systematic.”

Until now. After combing through every country on the planet and over 40 years of history,  they found that 126 transgender individuals from 30 countries have run in 209 races and been elected 72 times. The first time a community elected an openly trans* person happened in 1986 — Rachael Webb served on the London City Council for eight years. The most recent trans* person to be elected to public office is Tamara Adrián, Venezuela’s first self-disclosed trans* member of Parliament.

Despite their exhaustive search, Casey acknowledges that a couple people may have slipped through the cracks. “We know that we didn’t find every single person in the world,” Casey says. “We know that we’re going to miss people because it’s the first time we’ve ever done this and we have limited resources.”

Since the report has been published, more trans* people have come forward. Casey and Reynolds plan to publish a report with updated numbers in January.

The impact of the report goes far beyond retweets and downloads. Casey and Reynolds traveled to London at the beginning of November to present their findings to the British Parliament.

They discussed their numbers and the success rate of trans* people getting elected—about one in three. The main obstacle is getting to the point of running for office. “It’s an almost overwhelmingly high bar to even run for office as a trans* person — just to deal with the questions and the prejudice,” Reynolds says. Casey points out that for most members of the trans* community, life is filled with more pressing concerns than trying to manage a political campaign. “Trans* people are busy trying not to get murdered, and to secure healthcare, stable jobs, and housing. So the biggest hurdle right now is survival.”

Upon hearing the findings from the report, the government officials were incredibly receptive, according to Casey. “Everyone we spoke to in the British government asked: ‘What do we need to do to make things better?’”

Reynolds draws a parallel between where transgender people are in politics today to where gay people were in politics 40 years ago. But he is careful not to make a direct comparison. “The gay experience, while far from identical, is a parallel experience and thus useful history for scholars and transgender activists alike,” he says.

When major triumphs occur in the LGBT community, like nation-wide marriage equality, Reynolds says people often assume that transgender people are included in that victory.  But they are often fighting different battles. “There are all these issues about your name, your legal identity, your health care, that are very, very different when you’re a trans* person,” he says. “The levels of suicide, bullying, depression, and homelessness amongst transgender youth, especially, is huge. It’s bad in the gay and lesbian community as well, but in the transgender community, it’s off the charts.”

In the United States, LGBT representation in politics is shifting. In 2013, there were 120 LGB representatives serving in state legislators across the country. Now there are 97. “We’ve lost almost a fifth of them because people step down and they’re not being replaced.” Now that gay marriage is legal nationwide, Reynolds says progressive donors are “moving on” to other causes.

Descriptive representation is a no-brainer, according to Reynolds. “You’re just less likely to be prejudiced if you know people who are gay or transgender,” he says. “So the impact of their presence in legislative bodies — your local school board, your national parliament — is even more powerful.

“We know that, and that’s my institute. We can measure that impact. It’s a really powerful way that social change happens.”

As a trans* person himself, Casey feels as though he views all trans* issues through a critical lens. “If you pose the question: ‘What is the most urgent issue facing the transgender community?’ the answer is not, ‘Getting elected to office.’”

But in its own way, this report is already positively impacting trans* lives — and not just by educating policy makers. At the end of the presentation at the London School of Economics, there was time for the audience to ask questions. A young man stood up and said, “I’m a trans* person and I’ve never thought about running for office before. But now that I’ve seen this report — maybe I will.”

Transgender people identify and describe themselves in a variety of ways. Many global activists have started using the term “trans*” with an asterisk, denoting a placeholder for the entire range of possible gender identities that fall under the broad definition of trans*.

Andrew Reynolds is the director of the LGBTQ Representation and Rights Initiative at UNC-Chapel Hill and an associate professor in the Department of Political Science.

Logan Casey is a doctoral candidate in the Department of Political Science at the University of Michigan.