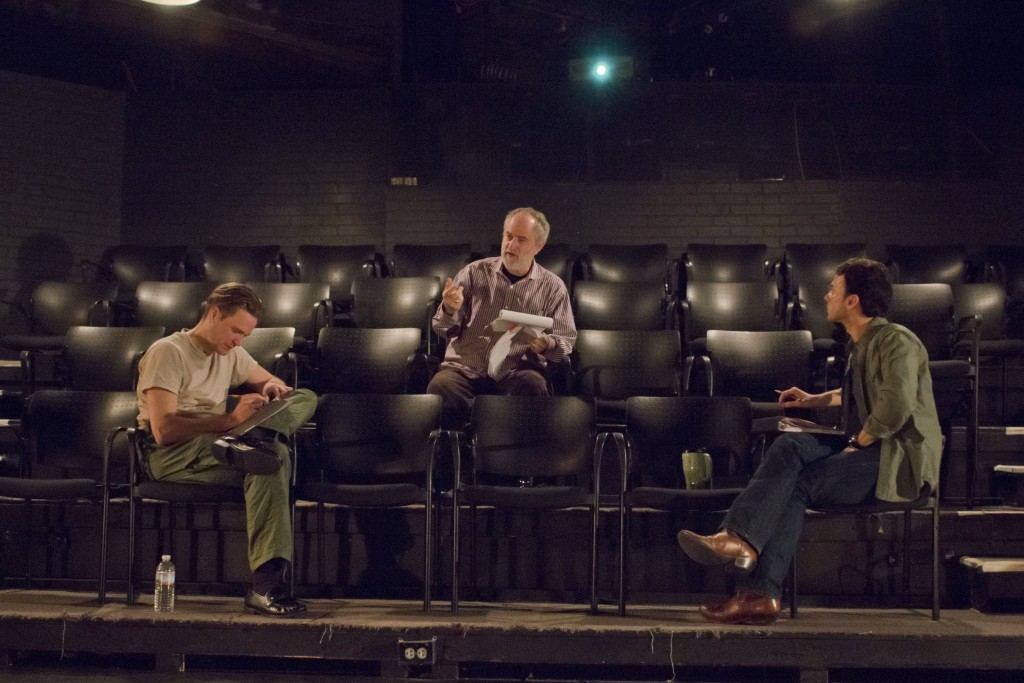 Joseph Megel gives notes after a rehearsal of “Silhouettes of Service.” (photo by Kristen Chavez)

Playwright Howard Craft’s connection with UNC’s Process Series led to an off-off Broadway production of his play Freight: The Five Incarnations of Abel Green that won rave reviews from The New York Times.

Freight tells the story of an African-American man who exists in five dimensions of the same universe at different points in American history.

The Process Series, which just finished its eighth season, is a very different kind of performance series. Think of it as an arts laboratory, an incubator where works-in-progress are shown to an audience, often for the first time. The audience is invited to give feedback on the production in the midst of the artist’s sometimes messy creative process.

Craft calls it a “really cool dynamic,” a wonderful opportunity to make something stronger through an intellectual conversation between artist and audience.

“Writing, in my opinion, is done in the revision process,” he said. “I tell my students that playwriting is about problem-solving.”

If you love DVD extras that feature the making of a movie, the Process Series gives you a behind-the-scenes look that viewers of finished works may not see. 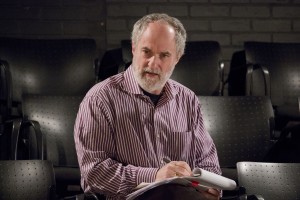 The Process Series is the brainchild of Joseph Megel, a director and artist-in-residence in the College of Arts and Sciences’ department of communication. It features work by guest artists from around the world, but also UNC faculty and students. Performances have involved dance, theater, music, art, poetry, oral history, storytelling and hybrid productions with digital arts and media.

The series benefits from partnerships with interdisciplinary departments across the college, including art, dramatic art, communication, English and comparative literature, music and African, African American and diaspora studies.

“What’s different about having this at a research-focused university is connecting the artists to the scholars. These relationships become critical to what happens on the stage,” Megel said.

For Marie Garlock, being a part of the Process Series changed the trajectory of her career.

Garlock received her undergraduate degree in global studies in 2008. Her project, It is In You: Health Justice Performance in Tanzania, was the first student work selected for the series.

Her fusion of theater, storytelling, dance and health justice was based on study abroad work she did with leaders in Tanzania “who were engaging in the politics of HIV, the body and international development.”

Participation in the Process Series helped her realize she could be both an artist and a scholar. She went on to receive her M.A. in communication studies in 2012 and is completing her Ph.D. in performance studies.

It is In You has since been featured at four national and international conferences, and Garlock has had artistic residencies at eight universities and community history centers. She also traveled back to Tanzania with Megel and other collaborators to perform the piece there. Her latest project, Flipping Cancer, focuses on people who face advanced stages of cancer.

“Through the Process Series you see how live performance can spark creative thinking and the possibilities for creative action toward the pressing issues of our time,” she said. 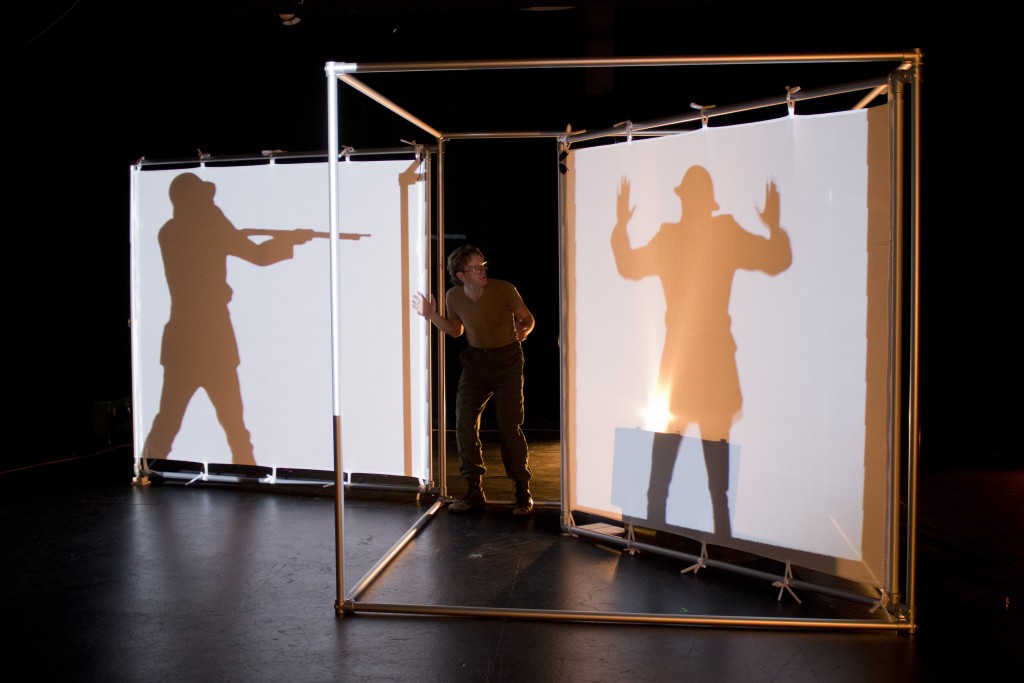 Gregory DeCandia wrote and performed for “Silhouettes of Service,” a multimedia docu-drama that was part of the Process Series’ festival, Veterans and Their Families.

Both Garlock and Craft praise the work of Megel, who they say has a real gift for cultivating diverse new works and supporting artists in their exploration.

Megel, in turn, notes that the collaboration with artists is what really gets his creative juices flowing. He also leads the audience feedback sessions.

“There’s something about being able to work with really, really talented writers and performers and musicians and having us all bring our best work into a room together — it really engages and challenges you,” Megel said.

Visit http://processseries.unc.edu/ in the coming months for details on the 2016-2017 season.