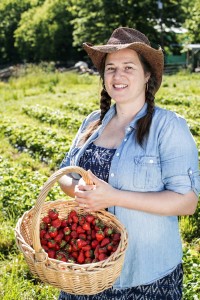 FOOD FOR ALL: ALUMNI UP CLOSE

It may seem surprising that someone with a master’s degree in geology who once studied a volcano in Italy — OK, it was the Stromboli Volcano — is making her mark as founder of an artisanal food business celebrating the flavors of the South and the soils of the North Carolina Piedmont.

“Cooking and geology are both sciences, and there’s a lot of room for curiosity and exploration in both,” said McGreger, who was raised on a sweet potato farm in rural Mississippi. “And I really like the cultural side of cooking. I’ve always been a very curious sort of person — a seeker in that sort of way.”

Her focus is on seeking out local sources for the fruits and vegetables she uses, cooking in small quantities to ensure consistency, and adding more fruit and less sugar to the preserves than the industry standard.

Although her employees help with hulling, chopping, washing, filling jars, labeling and shipping, every batch in the fickle pickle and preserve process is cooked by McGreger. 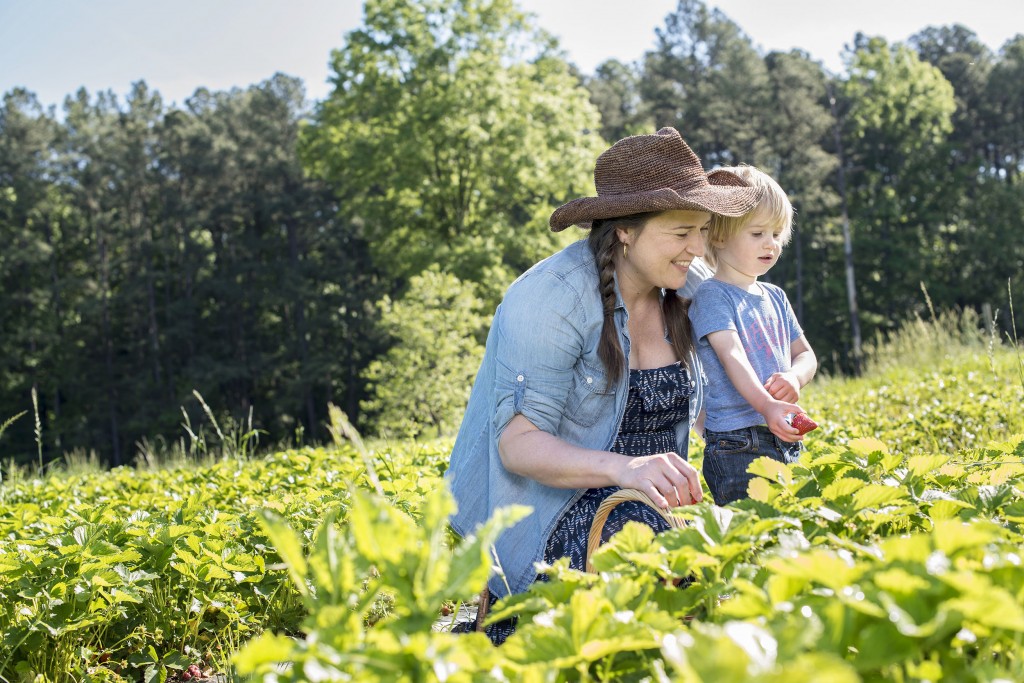 “It’s actually really difficult,” McGreger explained. “I don’t have a recipe because I’m not using a standardized product. I know what I’m looking for. Sometimes the fruit is riper than others, and that means it’s lower in [natural] pectin.”

She doesn’t add pectin, relying instead on evaporation to thicken the preserves. This yields “vivid, fresh flavors and a luxurious soft set,” said McGreger, who learned how to pickle and preserve from her mother and grandmother.

As a graduate student, McGreger traveled to Sicily to study two volcanoes, Mount Etna and the Stromboli, in the Aeolian Islands. When she returned, she realized she was more passionate about food than rock formations.

In 2001, money was tight so she took a part-time job at the Lantern Restaurant in Chapel Hill, working her way up to pastry chef. She left in 2007 to start her business.

McGreger initially focused on baking and selling items like sweet potato and blueberry scones at the Carrboro Farmers’ Market. She switched to pickles and jams after her son was born and she tired of the baking all-nighters before market days. Farmer’s Daughter sells primarily at farmers markets but also online and at select retailers across the country. The business also has a Jam Club and a fermented vegetables “Culture Club,” which operate similar to Community-Supported Agriculture subscription services. McGreger’s husband, Phil Blank (SILS ’97), an artist and illustrator, designed the company logo and print materials.

McGreger and Farmer’s Daughter have been featured in dozens of publications, including Eating Well, Southern Living and Garden & Gun. She hopes to eventually open a storefront and pen more books — she is the author of Sweet Potatoes (Sept. 2014, UNC Press). Planned projects include a collaboration with her husband that would illustrate a year in the Farmer’s Daughter kitchen, with recipes, and a history of food preservation in the South.

A career highlight was being a guest chef at January’s Southern Foodways Alliance’s Taste of the South event in Walland, Tenn. She taught preserving to an assemblage of celebrated “foodies.”